Belting Out Tunes at Tarcoola

There is a pounding beat and some hollering about Obla-Di Obla-Da going on at Shepparton’s Tarcoola Village. 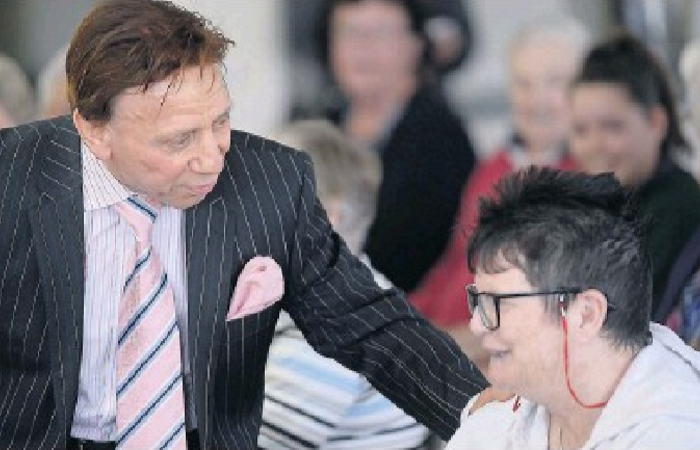 There is also some crooning and a lot of shoulder swaying as a little man with a big voice sings On The Street Where You Live from My Fair Lady in a deep baritone. The little man is legendary VFA umpire Frank Vergona, who has given up his afternoon to take the train to Shepparton and host a karaoke session with about 40 Shepparton Villages aged care facility residents.

It’s all part of the popular program I Wish I’d Asked, which brings senior residents and Wanganui Park Secondary College students together as silver warriors and apprentices to learn from each other. Wanganui Park Year 12 student Jake Bingham, 18, says he has learned a lot from his time on the program. ‘‘It’s raised my confidence and communication quite a bit,’’ he says. Frank, who umpired 253 VFA games and six grand finals during the 1970s and 1980s, says it is about bringing a little bit of joy into people’s lives. ‘‘This whole concept is so valuable for older people — it brings joy and colour and a whole lot of fun — everyone’s a winner,” Mr Verg ona says.

Pro gram convenors Danny Finley and Eva Gruen sit at the back of the hall clapping along quietly as Mr Vergona works the crowd to the jiving tune of The Bea tles’ classic rock and roll song I Saw Her Standing There (She Was Just Seventeen). ‘‘Well, she was just seventeen, You know what I mean, And the way she looked, Was way beyond compare,’’ he sings as the words appear on the TV screen. Toes are tapping, hands are clapping and a few brave voices join in. ‘‘Good to see those smiles — how are you darling?,’’ Mr Vergona takes a hand and does a twirl down the aisle with a grey haired lady. Suddenly it is 1963 and the whole world is dancing.