GENERATIONS CONNECTED THROUGH THE POWER OF DANCE

Young and old have continued to bridge the gap between generations through dance as part of the I Wish I’d Asked program. 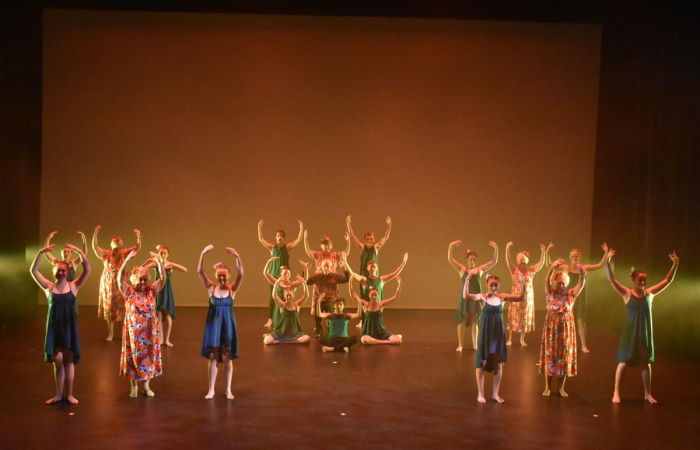 I Wish I’d Asked was created as a way of connecting the younger generation with the Silver Warriors in response to the growing is sue of loneliness facing our community. Founded by Danny Finley and Eva Gruen in November 2017, the program has seen special bonds formed through a range of different events and activities.

Wanganui Park Secondary College dance students united with residents from Shepparton Villages as part of the program to put on the performance of a lifetime at River links Westside last night. The dance show case included a number of pieces performed by the Wanganui Park students, including a song Ask me and I’ll tell you, written and recorded by Australian theatre and television actress Colleen Hewett and her cousin especially for the project, which saw the Silver Warriors join the students on stage for a choreographed dance.

Rodney Park resident Kath Treacy said she was delighted to be on board with the project. ‘It’s been fantastic, I’ve loved every minute of it.’ Ms Treacy said while learning the dance was challenging at times, it was the encouragement from the students that kept her going. ‘The students have been lovely in the way they’ve looked after us and given us loads of encouragement and respect,’ she said. ‘They keep telling us what a great job we’re doing even when we know we’re not. ‘It’s been very challenging but very rewarding.’

Wanganui Park dancer Hamish Nelson said it had been a joy to work alongside the Shepparton Village residents. ‘It’s just really amazing connecting with the Silver Warriors, I’ve loved it so much.’ The Rotary Club of South Shepparton were also among those who showed their support and assisted to make the event a success.